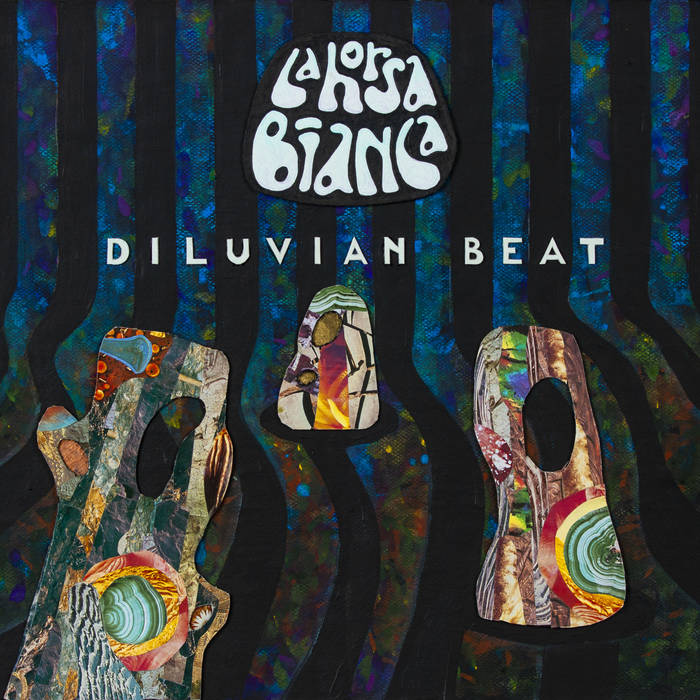 La Horsa Bianca: "As this record grew during the 13 months that we’ve been making it, the tracks began talking to each other in surprising ways; a kind of concept slowly revealed itself, and it was: floods.

The six tracks on the album form three pairs.

1/6: The two poetry-based songs that bookend the album (both poems reference tsunamis and floods) were written in June 2019 and June 2020, exactly a year apart.

2/5: Moving inwards, track two and track five are the oldest ones on the album, written in 2016 before the band officially began, never recorded until now. ‘A missage’, named in reference to the flood in Winnie-the-Pooh, provides a calm-before-the-storm moment, while its counterpart ‘It's not but damn’ has a part in the middle that we call Tsunami, for obvious reasons when you listen to it.

3/4: The middle tracks ‘The mouse principle’ and ‘Laws of slow motion’ are pretty new, written in 2019-2020. They don’t bear any specific diluvian-centric reference, but you can feel how Mouse hits like a wave coming in, while Slo-mo pulls you back in a fleeting respite.

The Greek for flood is ‘kataklysmos’, so the theme feels rather apposite as we ponder the times we found ourselves in. The feeling of being gradually engulfed by things we can’t control is sort of reflected in the flow of the album."

{nb: we have archived some of our well loved releases - please contact us directly if you are seeking a copy}