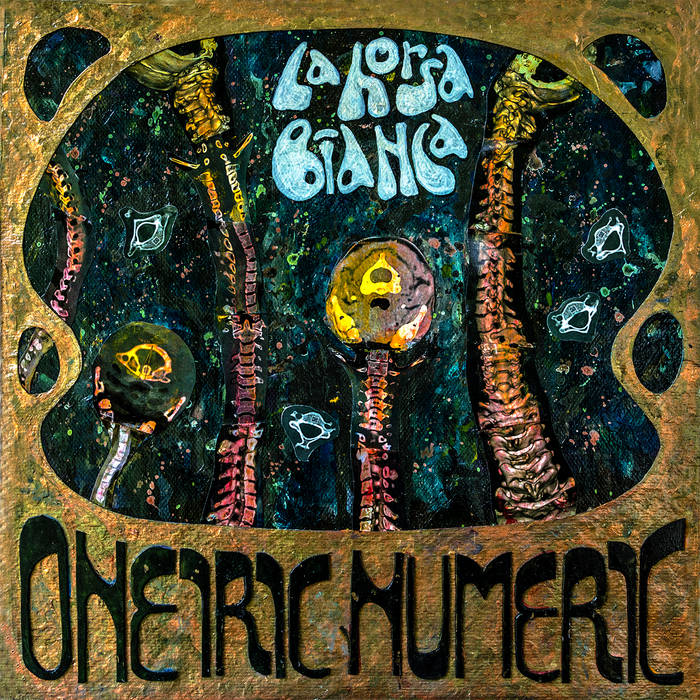 La Horsa Bianca: "Just like the first album, we recorded this one ourselves. Learned from our previous mistakes, made some new ones, all in due course. We tried some new approaches to recording, too, like layering multiple organs and synths in Olga’s parts — in unison — to achieve new timbres, or preparing a Zimmerman baby grand piano with screws, bass strings and a stack of sheet music to use in Itic. The piano sustained no damage though! We also added more saxophones and flute, played by Eugene, to spice things up in places.

Unlike the first one, this album is fully instrumental. We will definitely have songs on future releases, so we aren’t eschewing vocals henceforth. It’s just that this time we have had pieces that experiment with form a lot, some of them like suites, in the “prog rock” understanding of the term. We think that they have enough story to them without adding words. One of the tracks, however, briefly features Andrew Bragin’s laugh, but it’s not so easy to spot. Try it.

The name Oneiric Numeric is a callback to Somatic Schematic, the name of the first album. The pieces on Oneiric Numeric started taking their primary shape at the time when the first album took its final recorded form. The second album is a beast of its own mood and ideas, but there exists a certain symmetry between the two."

Originally released on the 23rd of August 2019.

{nb: we have archived some of our well loved releases - please contact us directly if you are seeking a copy}